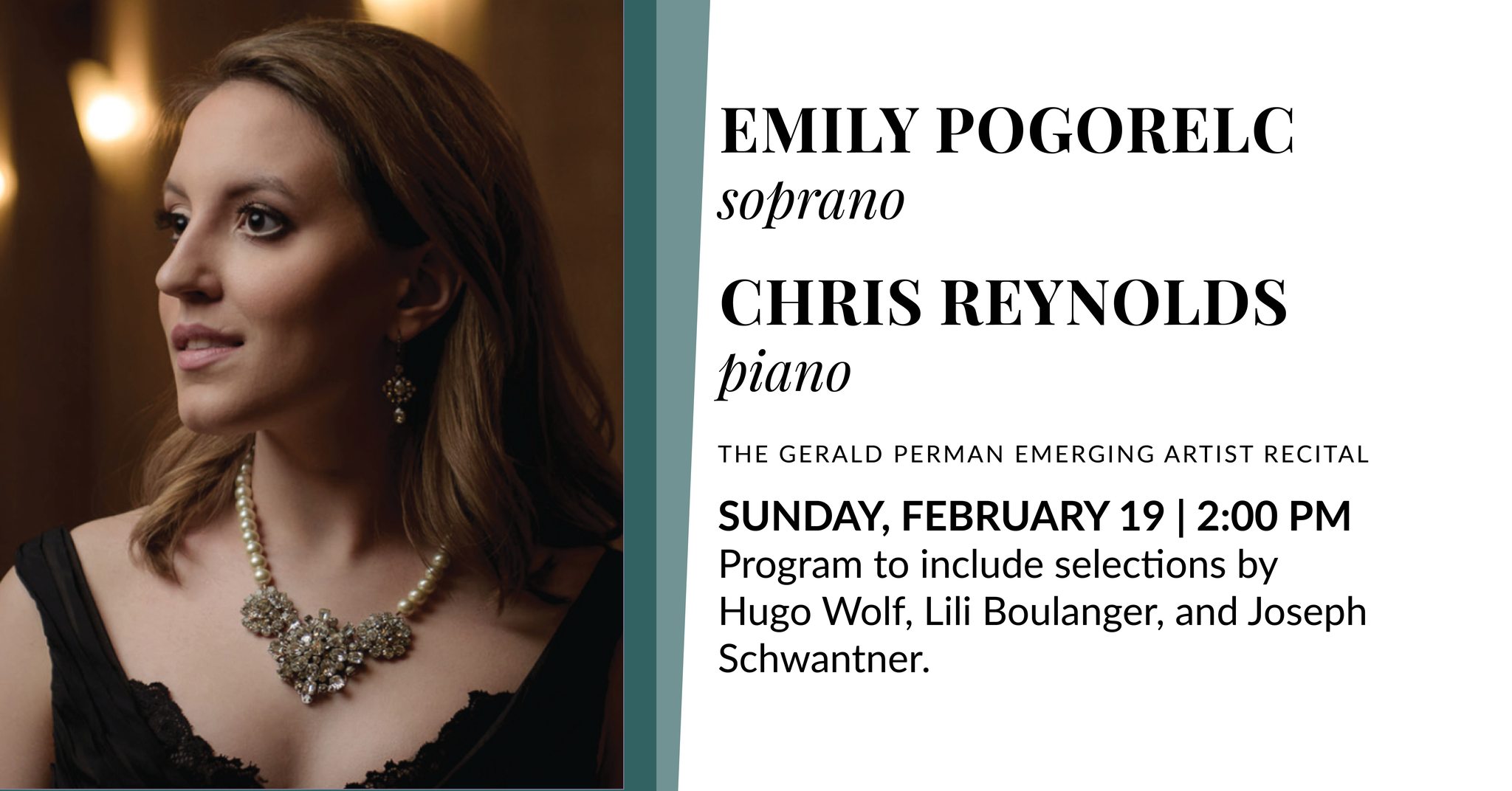 (Full Program to be announced)

Technically, young soprano Emily Pogorelc is not a newcomer to Washington: while still an undergraduate at Philadelphia’s Curtis Institute, she joined the cast of Francesca Zambello’s 2018 Washington National Opera staging of Bernstein’s Candide as Cunegonde to replace an indisposed colleague, scoring a triumphant local debut. She subsequently joined Lyric Opera of Chicago’s prestigious Ryan Opera Center, and then immediately became a member of the ensemble at Munich’s Bavarian State Opera beginning with the 2020-2022 seasons, where she has already appeared as Adina in L’elisir d’amore, Cherubino in Le nozze di Figaro and Lauretta in Gianni Schicchi. A 2021 winner of the Operalia competition in Moscow, she appears during the 2022 summer season at the Glyndebourne Festival as Cherubino before returning to Munich for the 2022-2023 season to appear as Pamina in Die Zauberflöte, Gretel in Hänsel und Gretel and the title role in Toshio Hosokawa’s Matsukaze.

American pianist Chris Reynolds has made a name for himself as both a soloist and a collaborator. His performances have been hailed by Opera News as “exquisite,” and played with “jaw-dropping virtuosity.” In addition to being a C.V. Starr Doctoral Fellow at The Juilliard School, he recently began his third and final season at the Lyric Opera of Chicago as ensemble pianist for the Ryan Opera Center. Previous performances include with L.A.Opera, Santa Fe Opera, the Dame Myra Hess Recital Series, and the New York Festival of Song, Bayreuth, Carnegie Hall, and Tanglewood. He holds Bachelor and Master of Music degrees from The Juilliard School. October 2022 he released his debut album, Past is Prologue with Lexicon Classics, featuring all of his own transcriptions of works ranging from Schumann to KPop.